Debora walks across a makeshift bridge, she is an activist in the Movement of People Affected by Dams (Movimento dos Atingidos por Barragens, MAB) who are in active resistance against new dams in the region, to protect water resources like this.

Quilombos are remote hinterland settlements in Brazil set up by escaped slaves of African origin. Though most of them were destroyed by slave owners and the Brazilian state, today there are around 5,000 recognised quilombos in Brazil. Slavery was legal in Brazil for four centuries and some five million slaves were brought to Brazil, most of them from the Angola area.

While the world is slowly agreeing with the scientific community on man's contribution to climate change through emissions, the implementation of large-scale hydroelectric projects has massive impacts on water resources, and the indigenous and quilombo communities that depend on them. 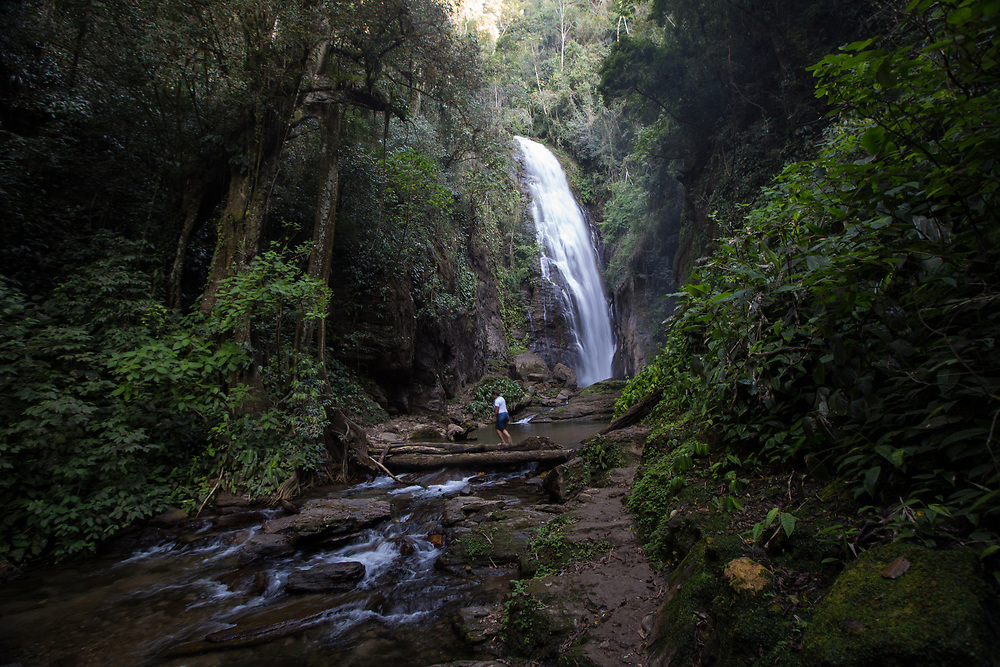