A stream of water at the Meu Deus waterfall in Sapatú quilombo. 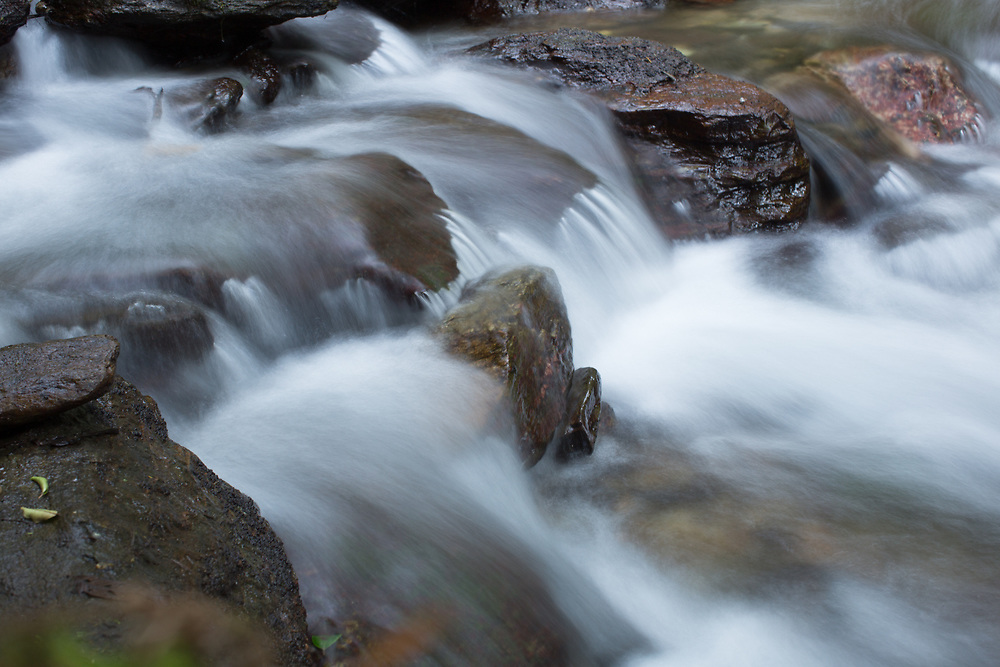