Mario's mother has a long-term mental illness, his father works long hours as a security guard and doesn't earn the minimum salary. Mario had been spending his time in the street instead of going to school, juggling for tips or selling chewing gum at traffic lights in San Pedro Sula. When the caravan left in October last year, Mario decided to join it. Mario's case was highlighted in some media who dubbed him The Caravan Boy.

"It's dangerous in the street, there are lots of kids in the street, some people take drugs, they smoke glue, sometimes kids disappear. So. I went on the caravan, on my own. I went walking sometimes, sometimes I jumped on lorries, trailers, sometimes I got lifts in little cars. At the border I went through running, with everyone else that was running, everyone was running. They caught me in Mexico, they were using the crying gas and a woman grabbed me and pulled me away, she took me to a clinic. Then they took my details, and took me to a children's home and flew me back to Honduras on an aeroplane. That was sort of okay. It was easy to escape from the place they put me. I got over the wall, I was in the mountains running. I hid in a tree for a while. Then I got back here, I'm living with my uncle [guardian]".

Mario's guardian says that Mario's case highlights the precarious social reality of many people living in families with very low incomes, or with mental health issues. He spoke at length about problems of poverty around the city of San Pedro Sula, the industrial capital of Honduras. If people are lucky, they have a job, but they work long hours and can't make ends meet. People have a right to escape terrible conditions if they can see a better alternative somewhere else, he says. Through CASM, he says, Mario has been able to start going to school. 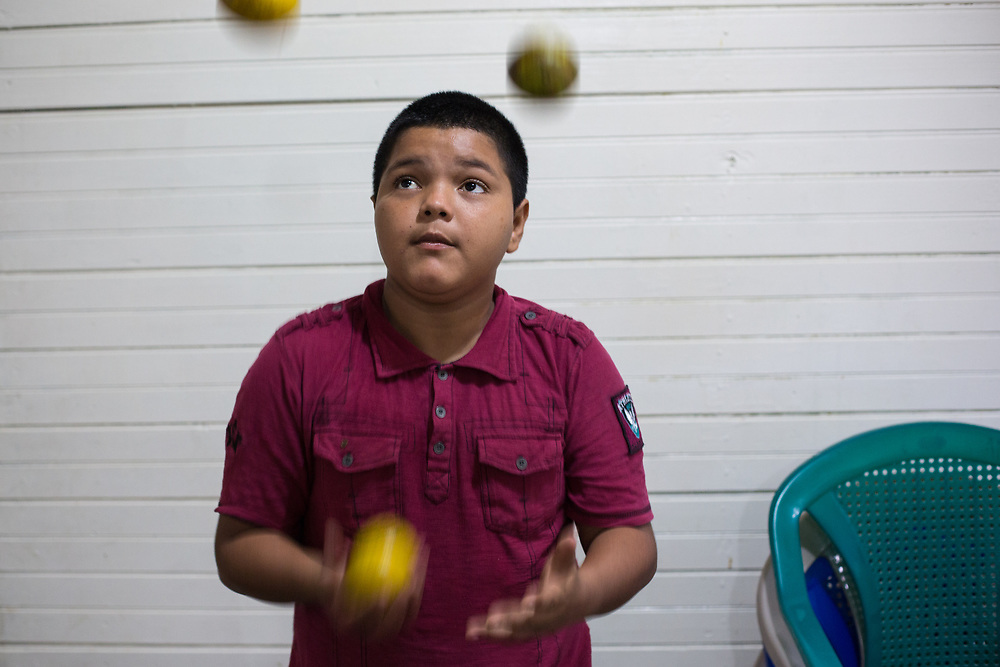