I learnt to be a barber from nothing, I didn’t know anything about it, learnt it all from the LWF training, building up a clientele. It’s better than working as a security guard, like before. I’d earn less than half of the national minimum wage, and the work was all night, it was dangerous. I worked in a hotel, where all sorts of people go, if you know what I mean, this is a dangerous city. One time a client was drunk and wanted me to drink with him, I said no and he but the barrel of his gun in my face and forced me to drink.

I decided for reasons of security to try to get to the US. Also out of sheer poverty. When you’re on the bottom rung, it’s hard.

No one likes to leave their family on their own.

Rubén looks after his younger brother who has Downs Syndrome.

LWF’s program for returned and deported migrants is supported by ELCA. 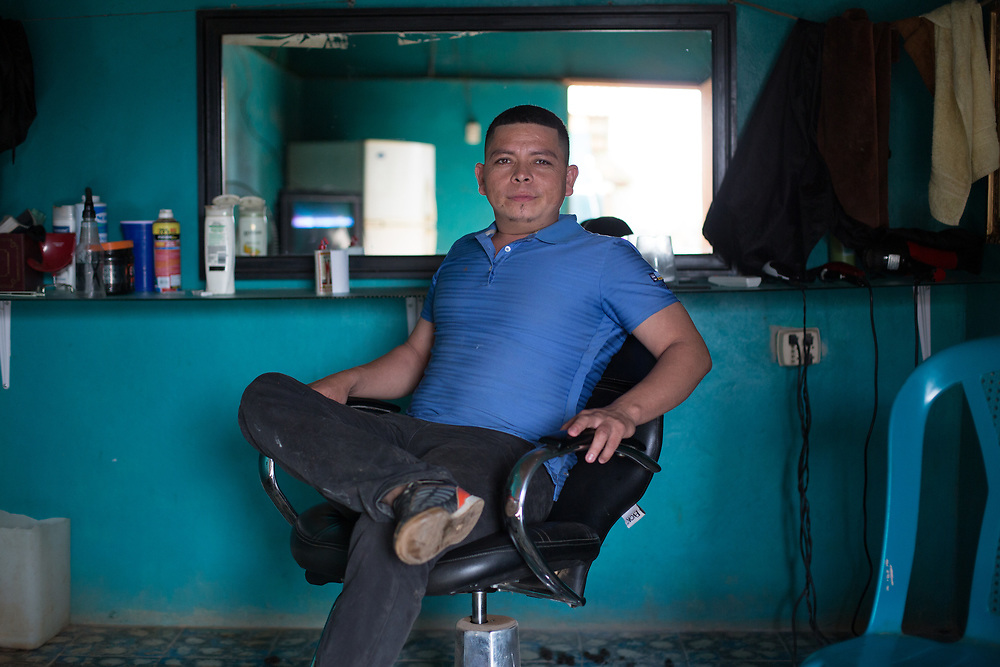