"I live here in Los Altos de Corralito, where I was born, high up in the mountains. I plant corn and beans, and sometimes I earn some money working as a labourer. I have six living daughters, and two living sons. And I have five or six grandchildren.

Our community has a history of struggle for land and for recognition of our indigenous identity, and my family has paid dearly for it. Blood has been spilt for our indigenous rights.

My nephew was Candido Amador. He was two days older than me. The Maya Chortí communities were marginalised by the big landowners, but thank God, now we have official recognition as an indigenous people, and we have a little bit of land. We’ve been here for thousands of years, but we only got recognition in the last twenty years.

My nephew gave his life for our cause. They assassinated him.

He had long hair, he dressed in indigenous clothes, and had very indigenous features. They thought he was the leader and representative of the indigenous movement, so they targeted him. In fact he wasn’t the representative. The person who represented our organisation was compañera María de Jesús Interiano. She was the first elected President of the Council, while we were preparing for the first Congress. But they thought that Candido was the leader and that’s why they assassinated him.
He was beaten, he was cut with a machete on his hands, his neck, his head, and he was shot three times in the chest. And they scalped him.

It was the night of the 11th of April 1997. He lived in my house, so they came here to get me to identify the body. He had been thrown on the side of the road. We brought him up here to the Catholic church to say prayers, for a wake.

He is buried in Rincón del Buey. One of my own sons is buried next to him. He had a fall while he was working in the town, and died of the internal injuries later. We put flowers on both the graves at the same time." 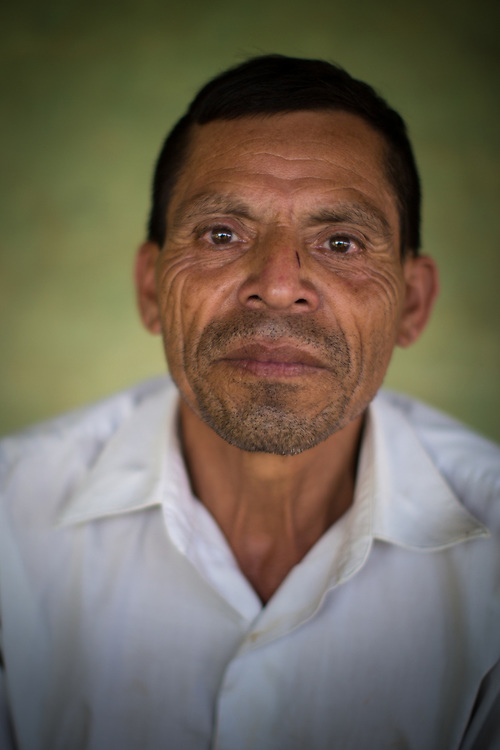